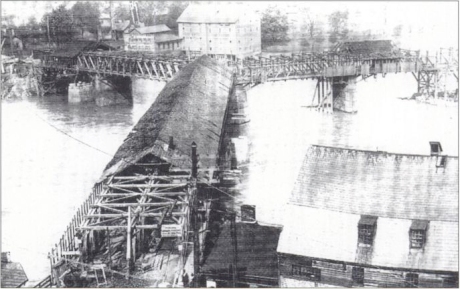 The covered wooden iteration of the Y-Bridge, constructed in 1832.

The Y-Bridge was originally constructed in 1814 and was a trestle bridge. It was then replaced with a wooden bridge in 1819 and then another covered wooden bridge was constructed in 1832. This iteration of the bridge lasted until 1900 and was replaced in 1902 by a concrete bridge. This bridge lasted until 1979 and was replaced with the current bridge in 1984. 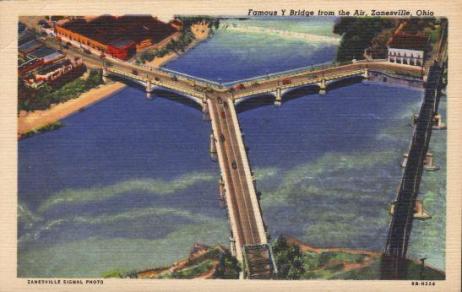 A postcard image of the Y-Bridge taken from the air.

The Y-Bridge is one of Zanesville’s most well known landmarks, so much so that it was put on the post cards in our area.

One of the most relevant historic buildings located in downtown is the Muskingum County Court House. The Court House is still in use today but was originally constructed in 1877. It was built on the site where the Ohio capitol was located in 1810-1812. It is styled in a Second Empire architectural style which has its roots in French architecture. It was popular in the U.S. Northeast and Midwest during the 1870’s and 1880’s. It is also referred to as the General Grant style as it was the style used for many public buildings under the Grant administration (1869-1877). For more information regarding this style of building go here. 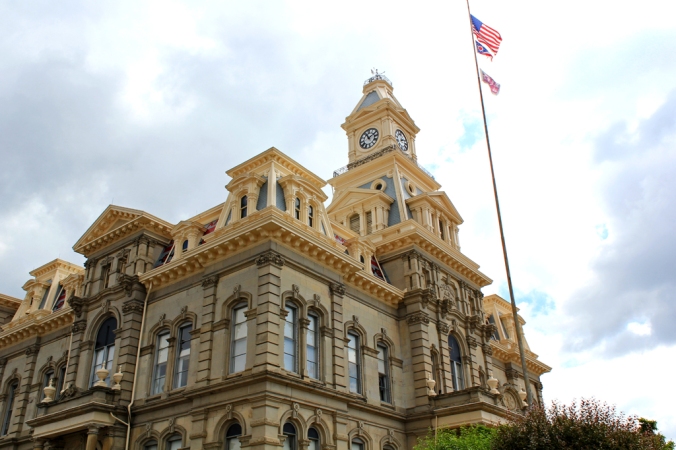 Another prolific building that can be found in Downtown Zanesville is St. Nicholas Catholic Church. The original St. Nicholas was constructed circa 1842 by German settlers who wished to worship in their native tongue. Over the course of the nineteenth century it underwent two expansions then in 1893 Father A. L. Leininger arrived at St. Nicholas. He proposed that rather than another expansion that they should construct a new building. The new building which was completed on August 27th, 1899 is the same building that stands today. More history on this building can be found on their website, here. 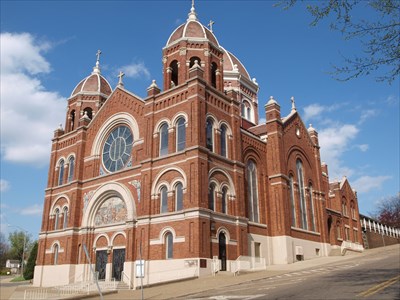 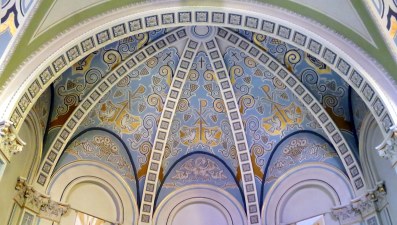 One of the Murals found on one of the dome ceilings inside St. Nicolas Church.

Finally, Bloomer Candy Company, founded in 1879, and the original building they used to manufacture in. This is actually quite a tragic story as the building actually no longer exists. Many of you may already be familiar with Bloomer Candy as their Assorted Star Baskets were a treat enjoyed by many for decades. Those delicious candies that everyone enjoyed were produced right here in Downtown Zanesville from 1893 until 2014. This building had a couple facelifts over the years but remained mainly the same on the inside. On the inside of the building there was the oldest elevator in Zanesville. The elevator was constructed with the building in the late 1800’s. In 2014 when Bloomer Candy moved their operation out of Zanesville the building was sold and was torn down in 2015. There are very few images of this building floating around the internet anymore but below is one of the best photos of it in its original condition. 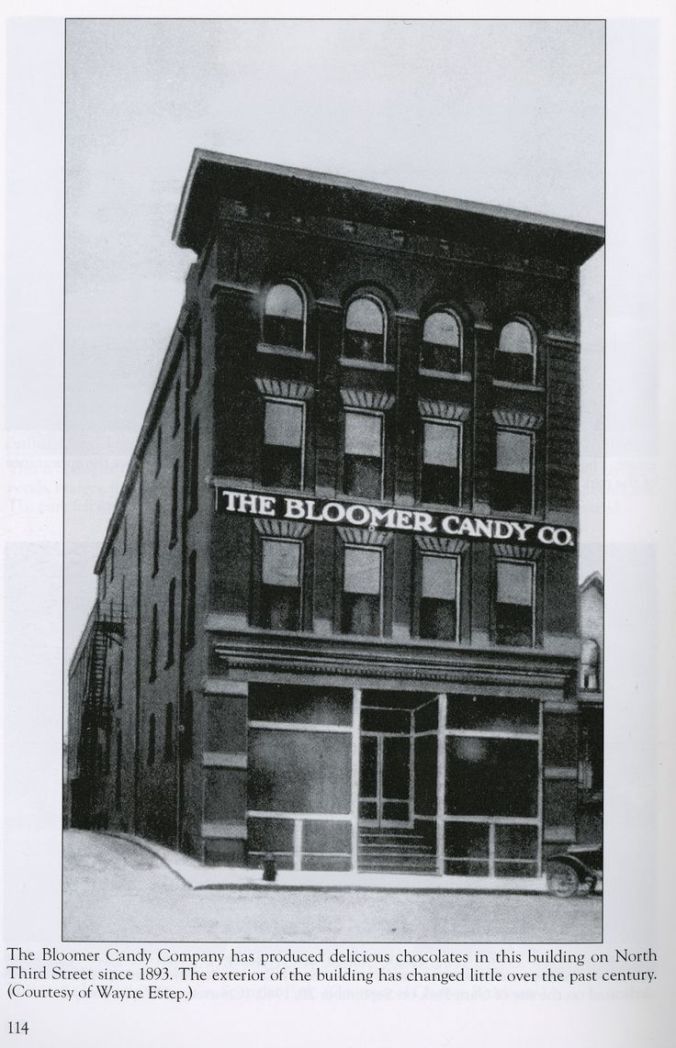 No longer having this building or company here in Zanesville is a huge loss to our historic downtown but at least there will always be the memories of both. Below you can see what it looked like in 2014 prior to it’s final days of operation and then what it looked like on March 30th, 2015 as demolition began. 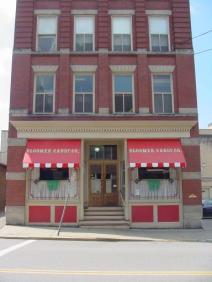 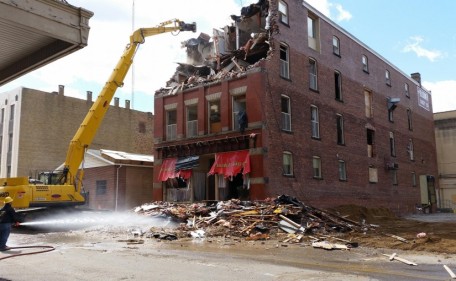 One thought on “Downtown Zanesville and Bloomer Candy”

A History of a Small City in Ohio

Blogs about the events that are pertain to the history of Zanesville, Ohio

A Small...Road?
Pleasant City: The History of One of the Many Rural Towns in Ohio

This blog will share interesting facts on the small rural town of Pleasant City, Ohio

A daily selection of the best content published on WordPress, collected for you by humans who love to read.

The Art and Craft of Blogging

The latest news on WordPress.com and the WordPress community.